By Ryan Fahey For Mailonline

This is the terrifying moment a base jumper’s parachute failed after he threw himself from a Swiss ravine.

After surviving the plummet of almost 300ft by landing in a shallow river, the unnamed Swiss thrill-seeker shared his experience online.

‘Did a base jump, where the canopy opened facing the cliff and I got twisted under the canopy on opening,’ he wrote.

‘Did not break any bones, got away with contusions and bruises.’ 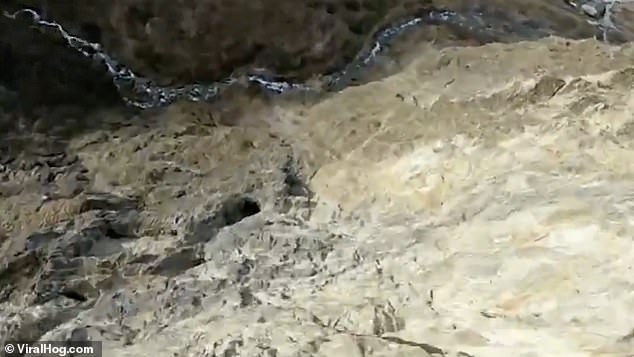 Pictured: The unidentified man’s vertigo-inducing view of the 300ft deep ravine in Switzerland before he plummets into it 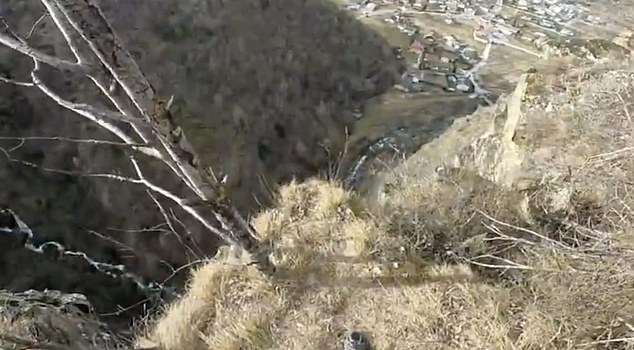 Pictured: Before the man plunges downwards, he counts back from three and leaps into the Swiss ravine

The footage starts with the man looking over the edge of the cliff into the hollow ravine, before he counts backwards from three in Swiss.

He glides down into the ravine, gracefully at first, but it isn’t long until his leads jolt him back towards the precipice of his dive.

The shot then fills with cables as the adrenaline-junkie twists and turns, trying to correct the failed chute.

The jumper lets out a series of grunts as his body smashes into the wall of the cliff, unable to find somewhere to stop or get a footing. 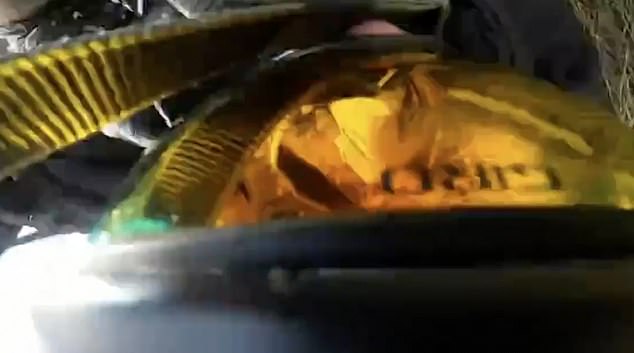 After his canopy becomes tangled, the thrill seeker can be heard starting to panic and letting out gasps of pain as he crashes into the side of the cliff 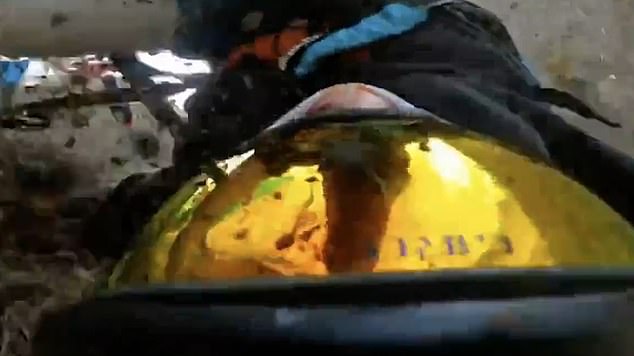 The base jumper runs a gauntlet of brambles, rocks and hard dirt as the failed chute leads him down the 300ft ravine in Switzerland 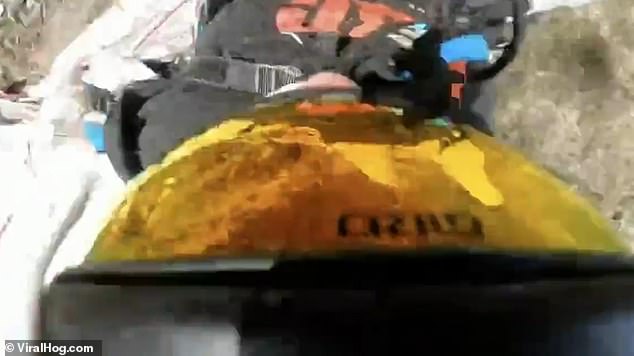 At one point towards the end of his plummet, the man’s legs can be seen twisting from his body, but he survived the incident with just bruises and contusions

The camera, by this point, is looking down on his face mask from above, as every groan of pain rings out with every smash into the cliff.

At one point, it looks as though the chute has taken him to a place where he can regather himself, but he is then swept away as the wind catches the canopy.

He is then drawn through a gauntlet of rubble, brambles and harsh dirt, before being taken airborne again.

Before landing on the bank of the river, the thrill-seeker’s torso twists away from his legs.

Once in the river, the traumatic somersaults are over. 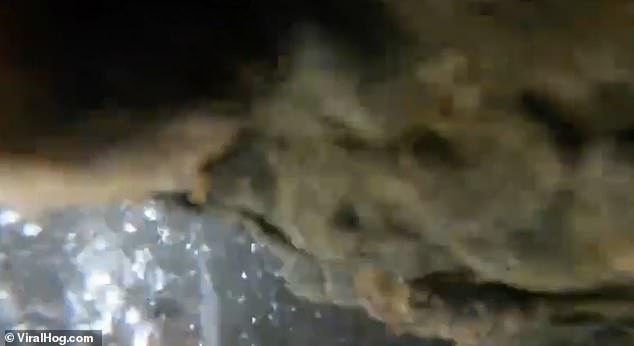 Pictured: Once in the water, the traumatic somersaults are over, and miraculously, he survived without any broken bones