We’re resilient people. Even as the COVID-19 pandemic shut down offices, bars, restaurants and schools, we’ve adapted. We’ve Zoomed our meetings, learned to make a negroni, baked our own bread and homeschooled.

But I’ll bet you didn’t make your own doughnuts.

They’re ethereal things, doughnuts. A daisy chain of mixing, rising, baking, frying and glazing that requires an arsenal of sprinkles, icings and food colors not found in nature. And where on earth do you find the chocolate icing that tastes like anything but chocolate?

One of the biggest comforts we get from doughnuts is the comfort of letting someone else make them for us. Sure you can always hit Krispy Kreme or Dunkin or Shipley, but here’s a half-dozen independent, locally owned doughnut shops to fill the holes in our lives and bring us full circle. 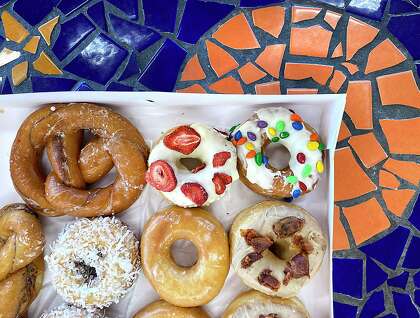 The Original Donut Shop has been backing up traffic on Fredericksburg Road with its double-shot of breakfast essentials for more than 60 years. The basics are solid, with a nice glazed and a coconut-dusted cake doughnut.

But it’s also comfortable aiming higher with bacon and maple, a cinnamon roll twisted like a pretzel and an iced doughnut sprinkled with chocolate-covered sunflower seeds. 3307 Fredericksburg Road, 210-734-5661, Facebook: @theoriginaldonutshop.

On ExpressNews.com: 365 Days of Tacos: The Original Donut Shop 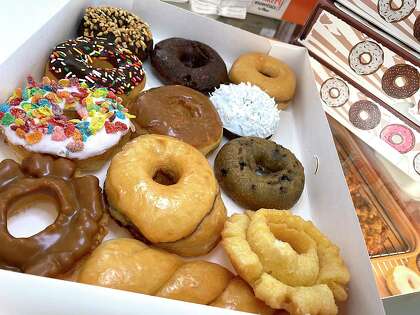 Huynh Chun Lieu wasn’t content to make just any old doughnut when she opened M&M Donut with Chen Ban 10 years ago in Converse. No, she invented one: a glazed donut with a ring of cinnamon through the middle like a vein of precious ore.

The shop also makes one of the area’s best old-fashioned doughnuts, a style that looks like a gear, powered by a sweet crumbled density like wedding cake. Also try the chocolate-iced cake doughnuts with crushed peanuts. 9081 FM 78, Converse, 210-566-7785, Facebook: M & M Donut. 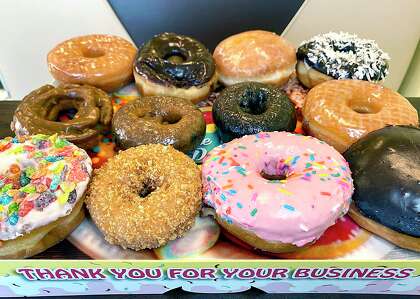 When you name your shop Fresh Donuts, you’ve set the bar high to begin with. And this shop delivers with one of the city’s widest arrays of doughnuts, fritters, cinnamon rolls, kolaches, twists and bear claws.

Standouts include a filled doughnut with a heart of lemon curd, a Boston cream doughnut with actual chocolate taste and a chocolate cake doughnut like eating a ring of freshly baked brownies. 1302 Austin Highway, 210-988-3101, no web presence. 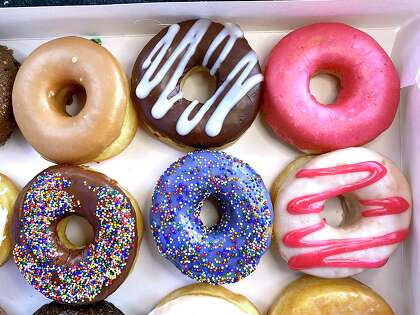 Wedged between a pizza chain and a defunct vape shop, Donut Kolache Palace is hardly palatial. But it’s a solid place to fill up on something besides sugar, including a fat kolache filled with spicy boudin sausage.

The sugar comes in electric shades of pink and purple and a constellation of sprinkles. The flavors are all about the same, no matter the color, but they’re hot and fresh in the morning light. For bigger flavor, go with blueberry or coconut cake doughnuts. 11106 Toepperwein Road, 210-314-8695, Facebook: @donutpalce.net. 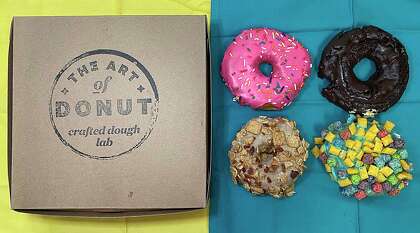 The Art of Donut

San Antonio’s most over-the-top creations come from The Art of Donut, where your doughnut might bristle with crushed Oreos or Cinnamon Toast Crunch and bacon (it’s like a pancake breakfast you can hold in your hand).

The shop can go crazy with Cap’N Crunch or bright pink birthday cake with sprinkles, or it can get crafty with crumbled pistachio or blackberry and lime. Bonus: There’s a full array of coffee drinks. 3428 N. St. Mary’s St., 210-265-5423, artofdonut.com. 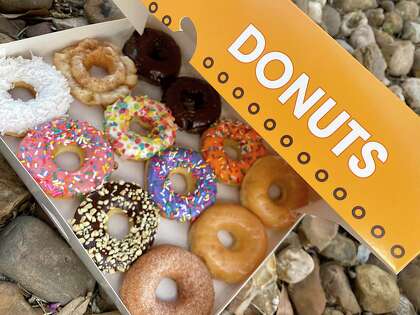 It looks like any other strip-mall doughnut shop, but Old Fashion Donuts glows inside with icing in every shade of the doughnut rainbow, spiked with Fruity Pebbles, sprinkles, nuts, cinnamon — whatever you need to fill a box. The shop also turns out respectable apple fritters, bear claws and a cinnamon roll with swirled wings like a butterfly. 2914 Jones Maltsberger Road, Suite 103, 210-545-3326, no web presence.

Mike Sutter is a food and drink reporter and restaurant critic in the San Antonio and Bexar County area. To read more from Mike, become a subscriber. [email protected] | Twitter: @fedmanwalking | Instagram: @fedmanwalking